Being a Bereaved Mother 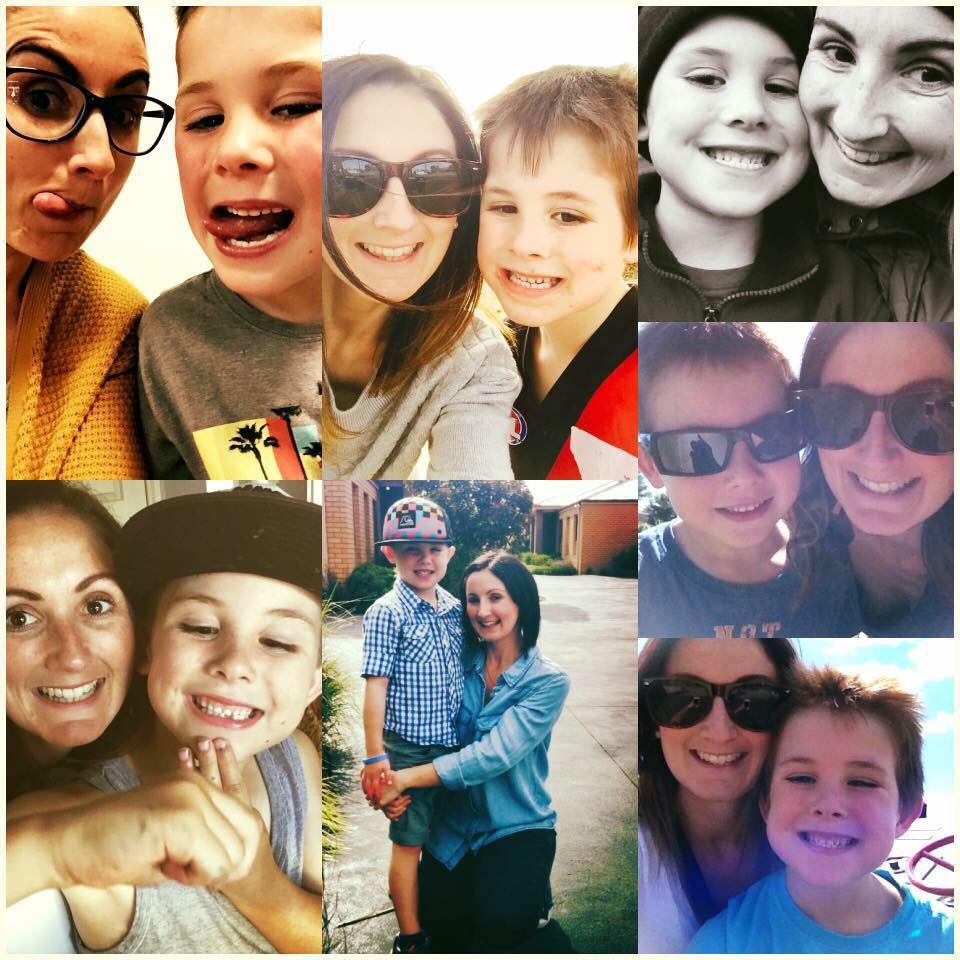 Often people ask how it feels, they tell me I am strong and they do not know how I do it every day. To be honest I don’t know either. I have a choice. I can choose to stay in bed and pretend the world does not exist or I can get up. Some days are just ugly. Child loss is a never-ending grief that is just rotten beyond belief. It makes you tired, a kind of tired sleep cannot fix, the filters on your camera don’t fix this. Child loss does not just change you; it demolishes you.

Eli was never one to sleep in; in fact, he was never one to sleep. 0545 was fairly standard, anything after that was almost unheard of. The night before he died we had just had his mid-year PSG meeting. Eli had special needs and was supported at school by his amazing aide and teacher. We made plans and he was looking towards a positive future. Eli took himself to bed early that night; he had a cold and a fever. Like most parents we gave him Nurofen and said goodnight, he left his meat pie uneaten which he usually loved and walked straight past me to his bedroom where he was asleep almost straight away.

At 2 am we saw Eli when he came wandering in to our room after he had wet the bed, a common occurrence because of his needs. I rarely got up when Eli did this, my husband would usually throw him in the shower and set him up on the couch for the rest of the night only for me to find the wet bedsheets still on his top bunk the next morning. Unlike most nights this night I sat up in bed and said “hey Eli” as he stood naked waiting for the shower to warm up, I then got up and stripped his sheets whilst my husband got him changed and set him up on the couch. That was the last time I saw him alive.

I was always an early riser but 0530 was unusual for me to be wide awake and ready to get up. I woke with a nervous feeling but at the time I put it down to excitement. In hindsight I wonder if I was sensing a different feeling. I was secretly picking up my sister in law from the airport that day; we were surprising the family with her trip home from the states. My birthday was in three days and for the first time in a long time I had planned something that night for it. I remember getting up and throwing my dressing gown on, my sister in law had messaged me from New Zealand Airport to check in. I told her I would probably have Eli with me as he hadn’t been 100%. I went out to the garage, said my goodbyes to my sister in law and came inside to check on Eli as he wasn’t awake yet and it was now just on 6 and his older brother was already up making breakfast in the kitchen.  I turned the torch on my phone as to not disturb him and noticed he was face down then I saw his hands, they were pale, mottled, and blue.

I will never forget the scream calling for my husband as I picked up my son who weighed 27kgs putting him on the floor to start CPR. It brought my husband and other two boys running in seconds. I am a nurse, ED and ICU trained. CPR was nothing new to me; I had done it so many times before and successfully too. For years, I taught it to parents, empowering them to be their child’s superhero, giving them the tools and confidence to do this exact same thing. But it didn’t work this time. I couldn’t save my son. A half an hour later, an ambulance and a MICA crew all whom I knew declared my son dead. That feeling of guilt just never goes away. I could not save my little boy…

People will tell me there was nothing more that I could do. It wasn’t my fault. But as a nurse and as his mother I was meant to protect him. Now I protect his memory and the amazing beautiful boy that he was.

The hours, days and weeks that followed were so dark and full of fear. Back and forth with the coroner’s court on Eli’s cause of death. It was relentless and never ending. I spent my birthday looking at cemeteries and planning my son’s memorial. I couldn’t eat and sleeping was even worse. Friday’s for a long time were never the same again, each week was a reminder of another week without him.

A woman standing in front of you at the checkout line on the verge of tears because the supermarket was so overwhelming and the thought of cooking dinner makes her feel ill. For months, her family survived on meals cooked by people but when they stopped, all she could manage was toast; and most of the time would burn it.

The woman at work who seems to care less about her job, but had to return to work so soon after her loss.

The woman who cries in her car because everyone in real life has grown tired of trying to fix her pain.

The woman who wonders everyday if she will lose her other children too.

She is the woman who laughs only to hide her pain and is smiling despite looking broken.

The woman who hides in bathrooms at social events because trivial conversation is nauseating at best.

The bereaved mother is a woman who cannot seem to put two sentences together, who does not recognise herself in the mirror anymore. She feels empty and yet empowered at the same time. A woman that feels like she can conquer the world because she has nothing to lose. She is addicted to social media because finally she has found a community that understands her pain and her new normal.

A bereaved mother is a woman who bears her grief silently and puts on a mask for the outside world.

One of the bravest women you will ever encounter. She has lost more than most people will lose in their lifetime. She is me. Despite it all, I get up and show up every single day in some capacity. I may sit at my desk and stare at the computer, I may walk in silence or not laugh at your jokes, and I may struggle to understand concepts that seem so easy to others. However, my child died and every day I get up.

Laura is a Mum of 3 boys. Has been nursing for 16+ years, specialising in the ED & ICU. Laura is currently working as a school nurse at the Department of Education Training (DET).
Childrens Health NewsLeave a comment
FacebookshareTwittertweet
‘Why we shouldn’t reach for the Chest Rubs and Vapouriser Fluid’ these days.Should I vaccinate my child against the flu?

The low down on the deadly Meningitis disease
October 11, 2017

The Air Affair – We were supposed to be taking a breather…
September 12, 2017